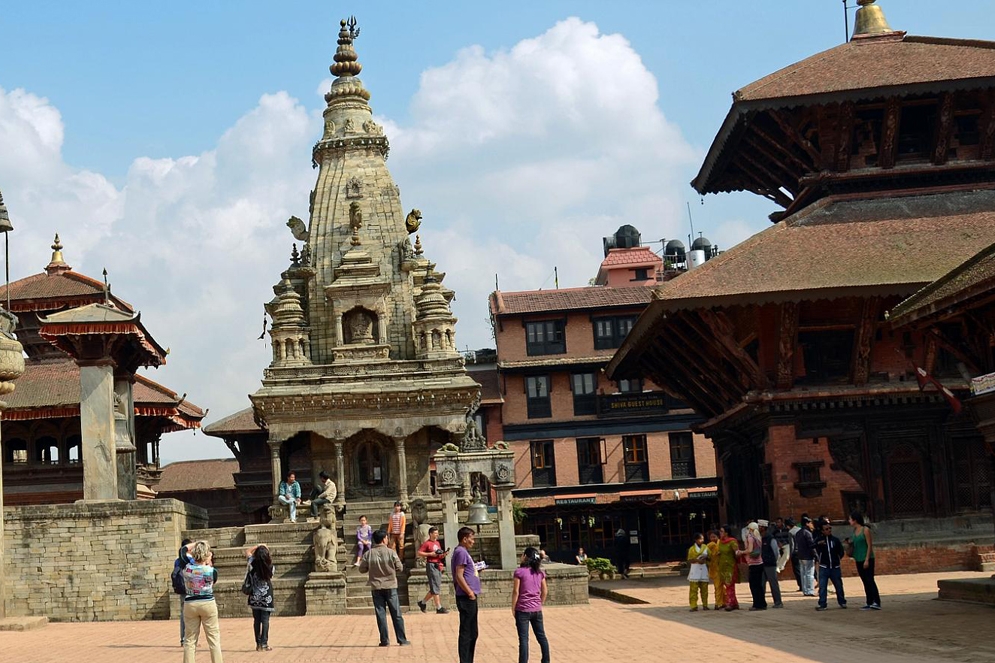 All Nepal Tour comprises of touring cultural and historical sites of Kathmandu Valley followed by a natural excursion that includes jungle safari in the forests of Chitwan National Park. The places you visit during this tour are most of them listed in World Heritage Site. This package offers the best window tour of Nepal.

Arrival at Kathmandu airport and transfer to the hotel. Stay overnight at hotel accommodation in Kathmandu

In the morning you enjoy the mountain flight. During the day you go for sightseeing in Kathmandu valley. The places of visit this day are Kathmandu Durbar Square, Pashupatinath, Boudhanath and Swayambhunath. Stay overnight at hotel in Kathmandu.

Brief description of the places:

Listed in World Heritage Site, Kathmandu Durbar Square is the most artistic area full of ancient handicrafts, temples and royal palaces. It is surrounded with exceptional architecture that vividly showcases the skills of the Newar artists and craftsmen over several centuries. The area comprises of the old Royal Palace (Hanuman Dhoka), built by the Malla kings, historical temples, the KumariChowk (House of Living Goddess) and the Kasthamandap (House of Wood). This area is the heart of the old town and Kathmandu's most remarkable legacy of traditional architecture.

Pashupatinath Temple, Nepal's most consecrated shrine and one of the greatest Lord Shiva sites, is situated on the banks of the Bagmati River, 5 kilometers north-east of the country's capital- Kathmandu. This Hindu temple precinct is on UNESCO World Heritage Sites list and the area comprises of collection of temples, ashrams, images and inscriptions raised over the centuries. The temple built in pagoda style has jilted roof and richly carved silver doors. The entry inside the temple is strictly prohibited to non-Hindu, therefore visitors can view the temple from the east bank of Bagmati River. Pashupatinath Temple is one of the most famous pilgrimage site where around half a million around the world visit this temple annually on the day of Shivaratri.

Boudhanath Stupa, located about 11 kilometers from the center and northeastern outskirts of Kathmandu, is one of the biggest stupa in the world dominating the skyline. It stands with four pairs of eyes in the four cardinal direction keeping watch for righteousness and human prosperity. This stupa was built by King Man Deva at the advice of the Goddess Mani Joiner on an octagonal base inset with prayer wheels. Boudhanath Stupa is surrounded by the houses of Lamas or Buddhist priests and is enlisted in UNESCO World Heritage Sites.

Swayambhunath Stupa, supposedly 2000 years old, is an ancient religious complex atop a hill in the Kathmandu Valley, west of Kathmandu city. The Swayambhunath area consists of a stupa, a variety of shrines and temples, some dating back to the Lichhavi period. The Stupa which forms the main structure is composed of solid hemisphere of brick and earth supporting a lofty conical spire capped by a pinnacle of copper gilt. The stupa stands on a pair of cardinal eyes in all four directions. This hill is a mosaic of small Chaityas and Pagoda temples.

Like its counterpart in Kathmandu, Patan Durbar Square is a magnificent concoction of Palaces, artistic courtyards and graceful pagoda temples. Situated at the center of Lalitpur city, this region is listed in UNESCO World Heritage Site. Patan is filled with wood and stone carvings, metal statues, ornate architecture, including dozens of Buddhist and Hindu temples, and over 1200 monuments. The major hallmarks of this area are the former Royal Palace, Krishna Temple- built in 17th century, Tusahity royal bath and so on.

The main attractions in Patan:

Besides the above mentioned places to visit, there are other significant sites to be explored:

Located about 20 kilometers east of Kathmandu in the Kathmandu Valley, Bhaktapur (Bhadgaun), famed as the 'City of Devotees', 'Nepal's Cultural Gem', 'The Living Heritage', covers an area of four square miles. This city stills retains medieval charm and tourists to this primitive town are treated to myriad wonders of cultural and artistic achievements. The area is full of monuments, most terra-cotta with carved wood columns, palaces and temples with elaborated carvings, gilded roofs, open courtyards, pagodas and religious shrines. This city still reflects ancient lifestyles and is famous for pottery, weaving, woodcarving and traditional cap. The places of major interests are Bhaktapur Durbar Square, the National Art Gallery, Nyatapola Temple, Bhairavnath Temple, Dattatreya Temple and Dattatreya Square.

Bhaktapur Durbar Square is the plaza in front of the royal palace of the old Bhaktapur Kingdom. The area comprises of numerous temples and other architectural masterpieces such as lion gate, the golden gate, the statue of King BhupatindraMalla, Dattatraya Temple and so on. It is one of the three Durbar Squares in the Kathmandu Valley in Nepal, all of which are UNESCO World Heritage Sites. Built by King YakshaMalla in 1427 A.D. and remodeled by King BhupatindraMalla in the 17th century, the 55 Windows Palace is an extraordinary site of great archeological significance. Besides, the five-storied pagoda style 'Nyatapola Temple' is also a center of major attraction.

Enjoy some jungle activities. Stay Overnight at lodge in Chitwan.

Full day of jungle activities. Stay overnight at lodge in Chitwan. During your stay inChitwanNational Park you will enjoy the following activities:

Bird Watching:Chitwan National Park is a sanctuary for over 450 species of exotic birds of domestic as well as migratory birds. Many rare and endangered species of birds such as the Great pied hornbill, Bengal Florican, Peregrine falcon, lesser adjutant storks etc. are found here. The sighting of birds definitely fills our heart with joy and gives us a memorable experience.

Jungle Drive: Jungle drive is one of the better way of getting close into the forest of National park in a four wheeler. It allows us to pass through the less distributed areas of the park to track the rarer species. We can also get to see Ox-bow Lake and museum of historical significance. This drive covers an area of 20,000 acres of the National park. Nature Walk:Nature walk is a wonderful opportunity to experience the beauty of flora and fauna up close in the forest. You will be accompanied by our expert naturalists to the specialized habitats of plants and animals. You have to follow the instructions of naturalists to alleviate any risks from wildlife attacks.

Elephant Breeding Centre: This is the first elephant breeding center in Asia under Chitwan National Park. You can have the sights of baby elephants socializing with their parents and other babies. This center is owned by Government and its purpose is to raise the young elephants, and to train them to convey tourist around the region.

Village tour:Tharus are the main inhabitants of this area in Terai. Excursion in Tharu village grants you an extraordinary experience. We offer guided cultural tours to meet the people and observe their traditional self-sufficient way of life.

Cultural Program:The evening in this area treats us with an opportunity to be a part of Tharu Folk dance. The drummers and stick dancers invite guests to join them in this rhythmic display by performing traditional dance. Their unique customs, colorful tradition captivates us and rewards us with an everlasting experience to cherish for the lifetime.

Elephant safari: Elephant Safari is also one of the ideal way to get into the forest sitting on the elephant's back and enjoying the ride as well as the views.

Elephant Bathing:Elephant bathing can be fun and enjoyable. Your guide will take you to the specific place where you can observe or participate in elephant bathing.

Crocodile Walk: Crocodile walk goes through grassland and forest along the bank of Rapti/ Narayani River. You can see two types of crocodiles, the Gharial and Mugger basking on the river bank.

Canoe Trip:You can enjoy canoe trip on either The Rapti River or The BudhiRapti River which borders the National Park.

Early morning trip to Sarankot for the sunrise and the spectacular views of the Annapurna range. During the day you go for sightseeing in and around Pokhara. Stay overnight at hotel in Pokhara.

Not satisfied with this itinerary? Make your own.
Customize

Talk to our experts 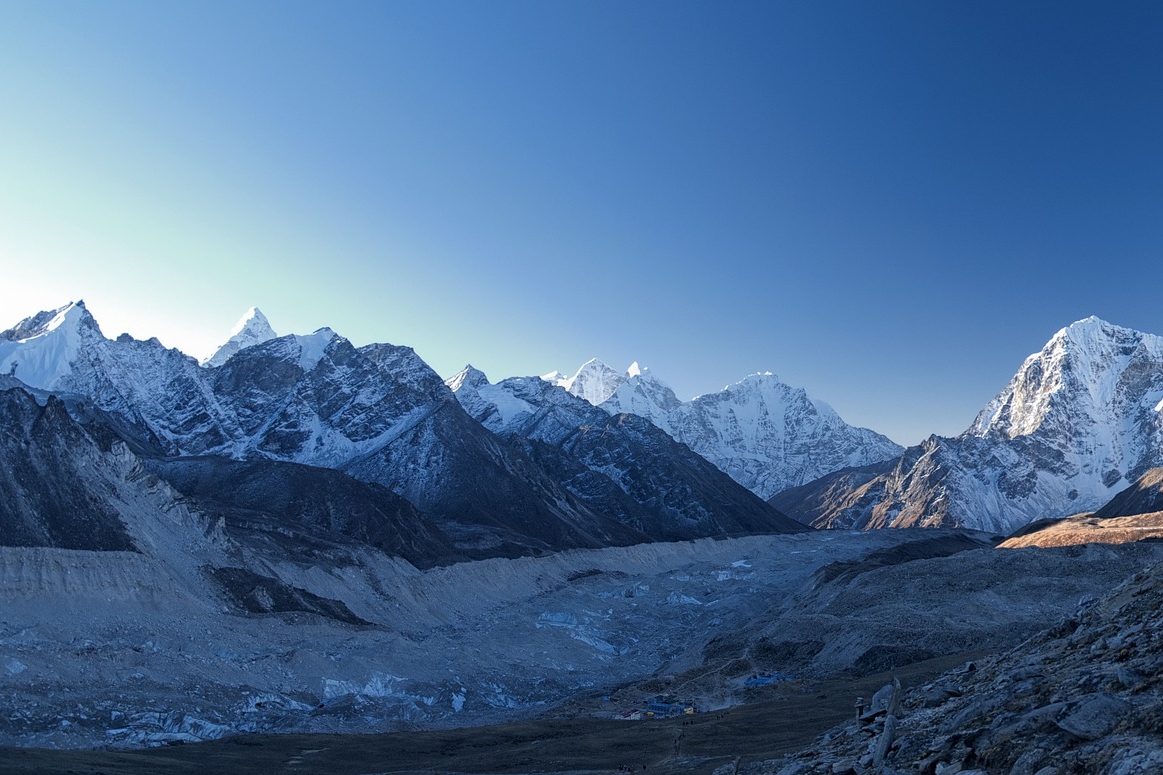 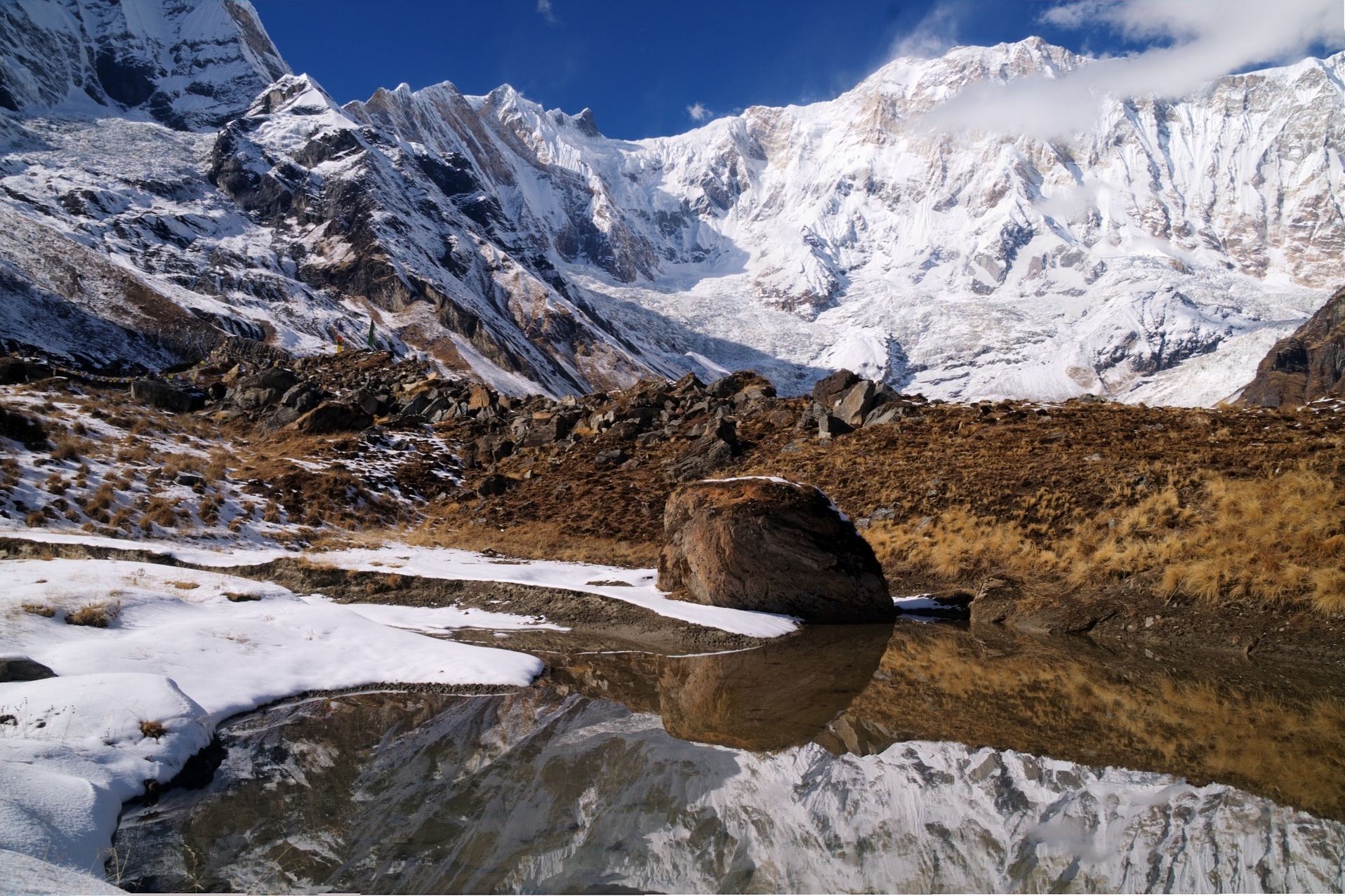 Trips of the month 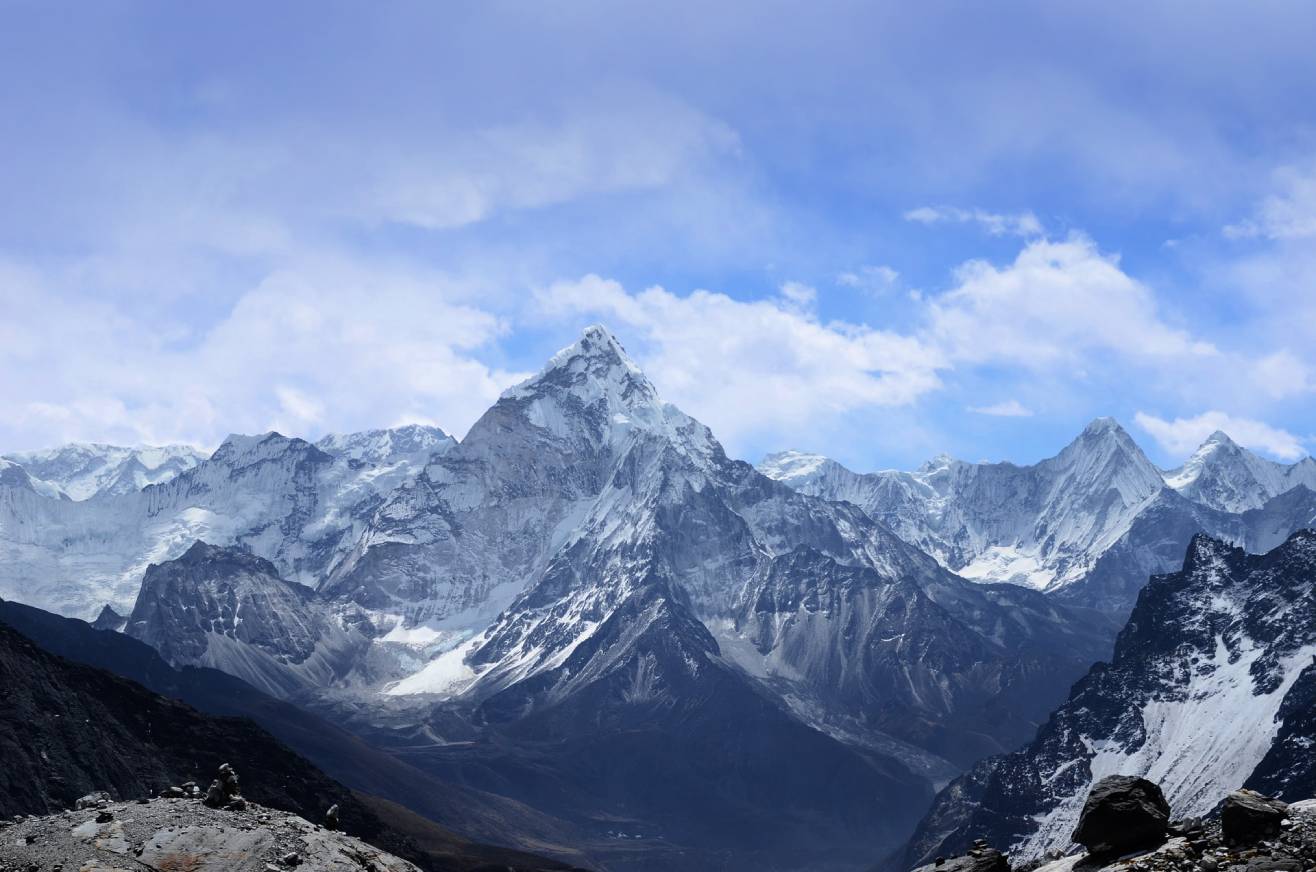 Island Peak Climb with Everest Base Camp trek is a package of trekking and climbing that takes you into the heartland of the Khumbu Valley and Everest...

Sign up to stay updated with latest offers, recent events and more news.